Mortality is finite, and keeping in mind that we will fade away and die at some point, as depressing and sad as it may seem, I think it is good to keep in mind our own future death, as well as that of our loved ones.

“Remember that you will die” would be the translation for this Latin expression, which comes from Stoicism.

Stoicism is a philosophical school founded on a philosophy of personal ethics and based on logic, physics and how they viewed and interpreted the natural world. It was founded at the dawn of the 3rd century BC by Zeno of Citius in Athens, Greece. And for many centuries it was a philosophical conduct with thousands of followers. They still exist today.

But my intention with this post is not to delve into stoicism, rather to reflect on human mortality, and how we live.

Living on the edge is not synonymous with stoicism, nor is it a reflection of the term Memento Mori, although some may interpret it that way.

The fundamental principle is to feel.

Feel the smell of perfume and experience the sensations it brings you, enjoy your hobbies, your company, your day-to-day life, however boring it may be. Live as if it were your last day. As if you knew it was your last day. That is Memento Mori.

For those of us who love perfumery, it is a sensory pleasure to discover new perfumes, to delve into the fabulous creations that are born and intoxicate our olfactory sensory system, allowing us to travel sometimes to places visited and kept in dusty rooms of our memory and, just like a blizzard, clean that mountain of dust and the memory emerges due to the interpretation that our memory makes of the smell. A spectacular journey that I always allow myself. And that is where I can assure you that I enjoy life. Likewise, when I create a formulation, I am looking for that “something” that I bring to my perfumes. As with other hobbies I have, or family situations.

On more than one occasion I have expressed my happiness to have Anaïs Biguine as a perfumer at Daring Light, because of my adoration for her creations, and mainly for having formulated one of her best creations; Marlowe.

Well, in this post about stoicism, it is a good time to talk about this English playwright and poet.

Marlowe was born on 26 February 1564 and is considered the predecessor of William Shakespeare. He popularised blank verse (unrhymed verse) and incorporated it into the theatre, at a time when plays focused on dance and music, with a still medieval character.

Marlowe modernised the English theatre, creating transcendental pieces that are still admired today. This new strand of English theatre became known as Elizabethan and Jacobean theatre. His first play, Tamerlane the Great, catapulted him to fame. And after that work came many more.

With a supposedly very short life of only 29 years, history indicates that he died in a brawl where he was killed by Ingram Frizer on 30 May 1593. As I have indicated, an allegedly very short life, as there is a theory called the Marlowe Theory, where it is known that Marlowe was forced to disappear after that incident in order to free him from justice, so that he could continue writing literary works, under a pseudonym, William Shakespeare.

Well, with Marlowe, the principle of Memento Mori could be applied to him. He was a man who lived his life intensely, and it is a reflection of what a person should do when he is energised by what he loves.

Memento Mori by Dark Tales, and Marlowe by Jardins D’Écrivains

Introducing a perfume, should be done with a good background, and I think Memento Mori, a Dark Tales creation, shows the intensity of the philosophical foundation very well. With a wonderful gothic touch. And no wonder it has this quality, because Arina p. Franzén, its creator has a degree in History and Philosophy, bringing wisdom to her creation.

Like Marlowe, a creation of Jardins D’Écrivains, created by the wonderful Anaïs Biguine, a lover of classic literature, manages to convey an incredible olfactory sensation. It is my perfume of reference, I love it. And perhaps with this post, you will feel the need to smell it, and I urge you to do so because it is very different from other perfumes. If I had to describe niche perfumery with a perfume, it would be Marlowe. Without a doubt.

Without further ado, I refer you to a previous blog post on Daring Light, niche perfumes Barcelona, while I prepare my next post, and where I want to gradually bring more outstanding brands like Alghabra Parfums, and turn Daring Light into an outstanding perfumery shop in Barcelona.

The steps when you travel alone are sometimes imperceptible, but I am surrounding myself with very good people, and Memento Mori! I enjoy what I do and live with Daring Light. 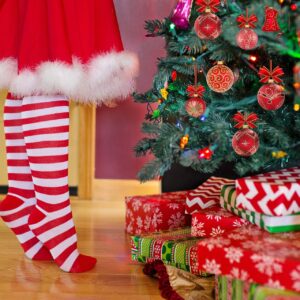