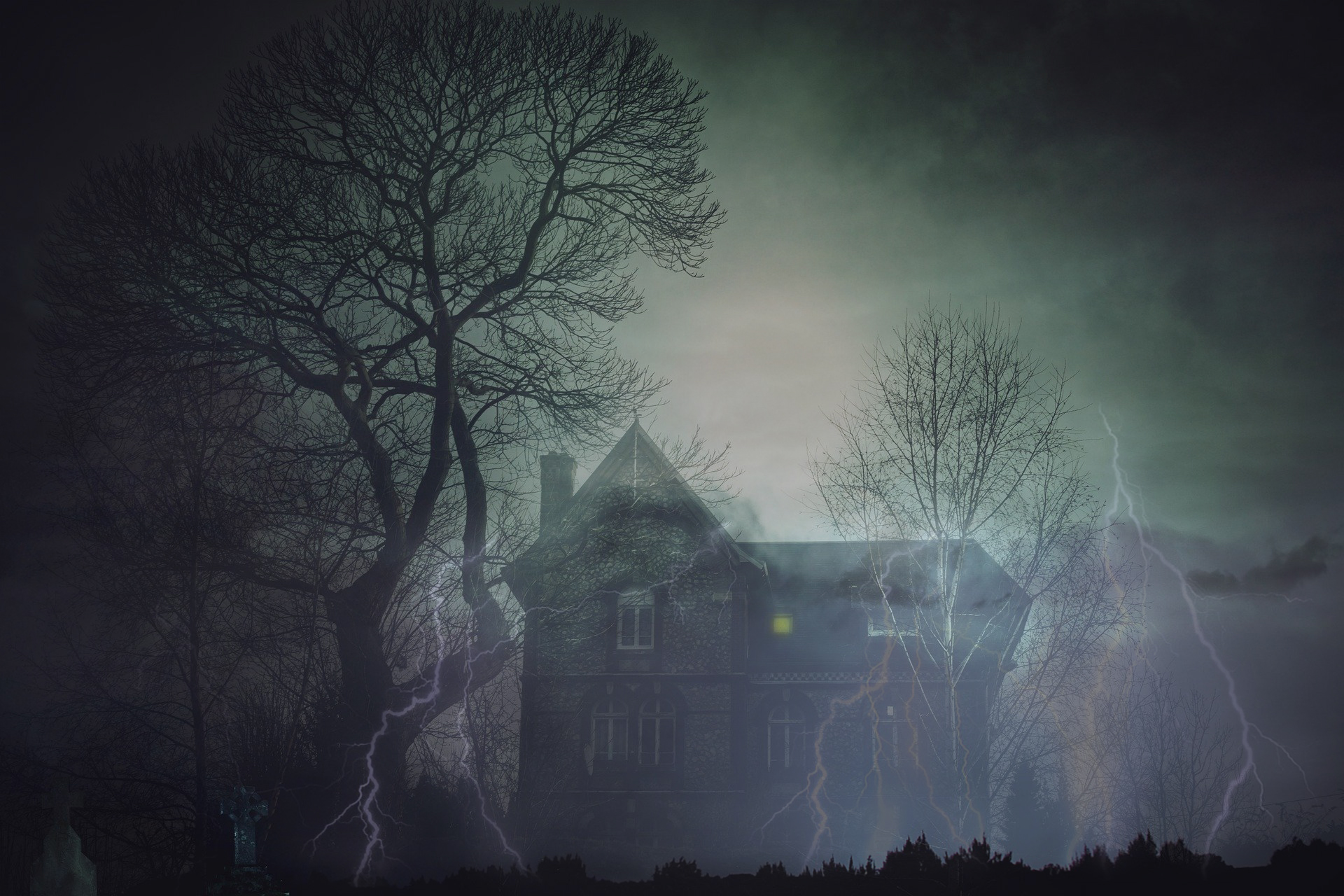 I am a lover of sinister art, I adore losing myself in the brushstrokes of the tragically departed Zdzisław Beksiński, or the sadly departed Hans Ruedi Giger.

In addition to the attraction of the more extreme rhythms of black metal or doom metal, generating special atmospheres around me.

As well as devoting time out of my free will to reading, and always with some fantastic or terrifying theme. Lovecraft, Matheson, Hodgson, Poe, etc. …. have conjured up mysterious creatures in my imagination.

And now I’d like to do it in you, rescuing a story I wrote for Dentro del Frasco some time ago.

Based on Beaufort London’s Terror & Magnificence, and its classic, dark charisma, I conjured up in my imagination a fantasy, an image that personally conveys very well how I feel about this Beaufort London perfume. As I consider it to be very gothic and sinister.

When I conceived this story I never thought about what the future held for me, with my own niche perfume shop and Beaufort London perfumes. And little by little, attracting signature perfumery to it.

Welcome to the house of Mr. Terror, a mysterious house with several fringes that I would like to narrate if you request it. I invite you to visit the audio and review I created at the time here (in spanish).

Possible errors in translation, it is more complex than any other.

It is a stormy day, and you are cursing yourself from the moment you left home to meet your client on such an annoying day. You have travelled 66 kilometres to the house of the strange person, who confessed to having the Beaufort London Vial.

You have consumed a lot of resources in your investigation to come up with reliable clues, and this one could be accurate or another one you are unable to make any progress with. An object whose provenance is known to be from London, and the events that accompanied it through British lands. Transported by ship by 19th century sailors from the cold lands of Norway, and adorned with the most resistant wood, Lignum vitae.

Accidents, disappearances of people, murders for its possession, and the smell, … that smell described in so many old books. No photograph is known, only its appearance. A small black vessel, said to contain the last drops of sweat before Herod’s death.

The strange thing is the credulity that your confessor conveyed on the phone two days ago.

You rush to the door of the huge house, trying to dodge the rain, located on the outskirts of Barcelona in the Sarrià neighbourhood.

You knock on the knocker and nobody answers. You wait a few seconds and then grab it to knock again, but at that same moment the door opens. The lighting in the entrance is very poor. So poor that it is very difficult to make out the appearance of the person waiting for you just behind the door.

– Welcome, Mr. Terror is waiting for you. Follow me. – he pronounces.

His gait is slow and heavy, as if a leaden body with two stiff limbs is incessantly moving forward. You walk down a long corridor, leaving behind you two doors with huge latches. You notice how strange they are, for they are completely new. The walls of the manor house are completely covered with ochre-coloured wallpaper.

The floor is carpeted, with a dark green carpet. There is only one point of light in this long corridor, and it is right at the end.

You have reached the end of the corridor, and you finally catch a glimpse of what your companion looks like. Perplexed, you notice that his face is yours. You don’t understand anything, you are absorbed in watching him, so much so that when you react, you find yourself walking alone through the door that leads to a large room, with two large windows, one on the north wall and the other on the east wall. Long curtains hang on the crimson walls. The floor has changed and there is no longer the green carpeting that preceded it.

In the centre of the room is a large oak table, aged, blackened and worn. Each of the legs of this table is formed by a figure of a demon with its arms stretched upwards, clutching the horizontal tabletop. Eight chairs placed around it, upholstered entirely in suede, recall great evenings of the past, but nowadays they don’t seem to have many butts enjoying their comfort. The focal point of light is a chandelier, set at a height of three metres from the table.

Next to the windows are huge bookcases, with books so old that the sum of my own existence and my parents’, we would not reach the date of their publication.

Everything looks very aged, exuding a smell somewhere between musty, woody, dusty and damp. Time seemed to have stopped here a long time ago. You can also feel a condensation of tobacco, which in the past flooded the room, from great soirées. The atmosphere is certainly very intoxicated.

You find yourself all alone in this room, and you wonder what you should do, whether to wait or to advance through the west door.
Your elegance and politeness dictate that you wait, and so you do. You wait a few minutes.

You have been waiting for twenty-five minutes and no one appears, so you decide to turn back, to meet the person who looked so much like you.

As you approach the south door through which you entered, and grab the handle, you feel it cold, so cold that you let go with a jerk. You grab it again with the help of a handkerchief and turn it without success as the door doesn’t even flinch. You don’t manage to open it, nor do you receive an answer to your calls for attention.

You turn around, and decide to go through the west door. You knock on the door first, to warn of your irruption.

This door feels warm, you open it and find a wooden spiral staircase with two directions, one upwards to a first floor, and one downwards to a basement. Everything is very quiet, there is no sound from inside or outside. All you can hear in the distance is the tinkling of a wall clock.

You are very nervous.

You decide to climb the stairs, the creaking of the steps is very audible due to the echoing sound they generate.

You find yourself on the first floor, there is no light at all, only a window at the end of the corridor through which the lightning from outside is filtering in. For your peace of mind, it is still the same outside.

In your career as a collector of mystical objects, you have never been in a situation like this before. Due to the lack of illumination, you decide to go downstairs and down to the basement, hoping to find more light. You fill the stairwell again with the creaking sounds of the stairs, descending at full speed.

The atmosphere in the cellar is intoxicated by what appears to have been a liquor cellar. There is a smoky feel to the room, and the walls are stone. I feel the cold and dampness seeping into me.

Once in the cellar, your body relaxes as you encounter a silhouette with your back slightly illuminated by the glow of a light bulb hanging from the ceiling. You raise your voice, and utter;

The person then turns towards you and exhales loudly through his mouth, trying to utter something, unintelligibly.

He stares at me and I can glimpse that he is an old and very exhausted person. His eyes are dull and he exhales air through his mouth again but this time I understand something in that sound;

He stretches out his arm and deposits a small vial in my hand, which to my surprise is Beaufort’s vial.

Just as he places it in my hand, his body collapses. I feel him and he appears to be dead. It’s crazy, I don’t understand anything.

Thirty years have passed since then, and I’ve managed to get in touch with someone to take the damn vial of …

If you wish to purchase Terror & Magnificence by Beaufort London, I invite you to visit their Daring Light product sheet here, a magnificent Eau de Parfum.

Leave your questions about the story below or anything related, and I will answer you, as Mr. Terror’s house dwells in my imagination, and there are all the answers within.

Additionally, may I suggest another creation that has an air of this style in my imagination, is Ambre Tabac by Daniel Josier (here), or Nakht by Thauy (here). Condensation and depth.