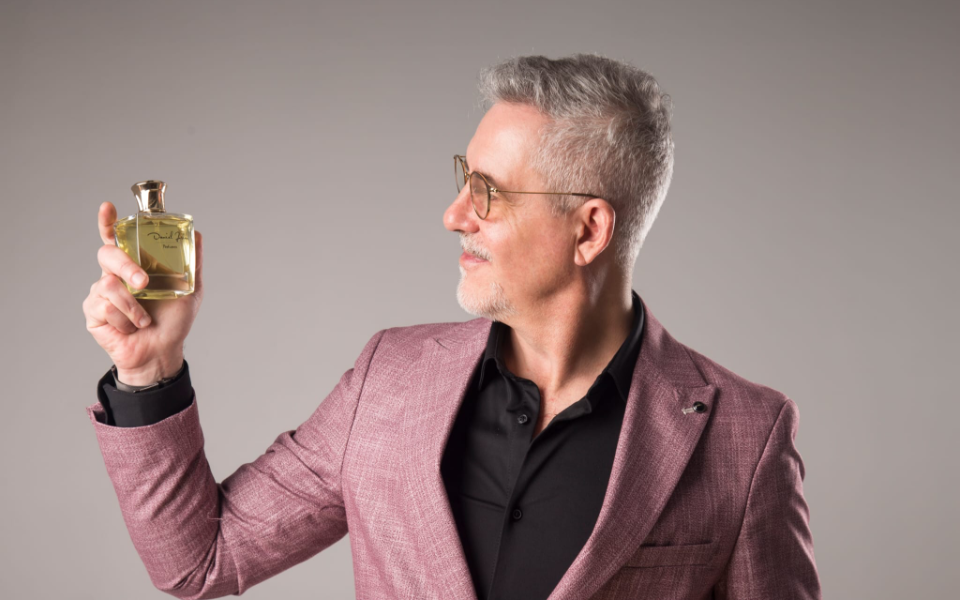 Daniel Josier’s world revolves around perfume. Born in Spain, his first olfactory memory as a child is that of his mother’s favorite perfume “First” by Van Cleef & amp; Arpels and the smell of damp earth after the storm at his grandmothers’ house in Las Rozas.

Daniel’s education as a perfumer is one filled with many years of experience. After graduated from his study at Institut Supérieur International du Parfum in 1997, Daniel had the very fortunate opportunity to work under and be mentored by one of the greatest perfumers of modern times –Jean Claude Ellena, who became his director and mentor for the next six years.

In 2009, he founded his own perfume laboratory, L’Atelier del Perfume, which was born to combine the work he does in the industry and create independent perfumes for small companies and launched his own line of perfumes.
For the past twenty-three years he has channelled his passion, determination and quest for perfection, because delightful aromas fill his days and much of his nights.

We make a conscious effort to accommodate all the creations he launches, our love for his work is obvious when you check out the master perfumer’s wide range on offer at Daring Light.

Enjoy his older releases as well as his most recent creations.

“The sense of smell is one of the strongest links that we have with the past, it’s a narrow bridge into the future. Pre-historic, history and far beyond times are its territories … scent its eternity’s signature.”