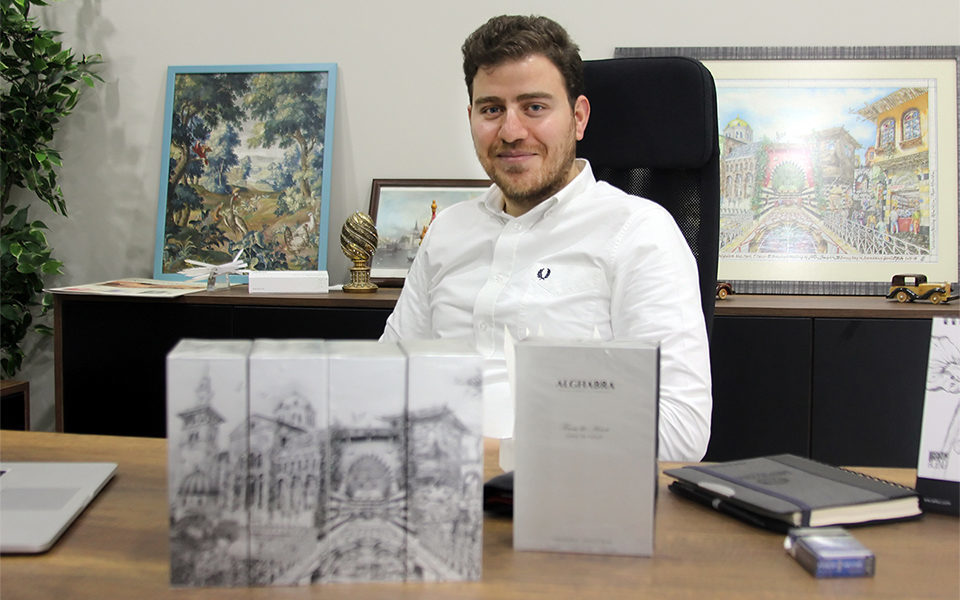 Anas Alghabra takes up the baton from his father Mohammed Khair Alghabra, bringing to us the magic and love of perfumery that his father felt for his little shop in the heart of one of the oldest cities in the world, Old Damascus.

Mohammed was just a boy of eight when he helped in his older brother’s perfume shop in Old Damascus in 1955.

Later in 1973, Abu Al Khair as Mohammed was known, worked in a small shop called ‘Maa tarat Al-Firdous’ (Paradise Perfumery) in Old Damascus, just around the corner from the Sweet Bazaar. He became well known for his perfumery skills.

And Anas, even as a young boy, was able to learn all this from his father, and was acquiring his knowledge.

In 2013 he moved to Istanbul to continue his business education. With the vision to glorify his father and the city where he was born, Anas took great care of all the details to launch his own brand. And so he did, creating an extraordinary perfumery brand and continuing his father’s passion for perfumery and bringing his knowledge in creating masterful perfumes.

We are truly proud to have ALGHABRA Parfums in our humble shop.